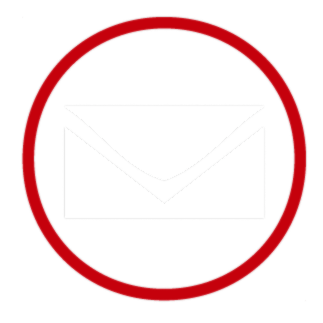 The Law Firm represents Clients during proceedings under criminal law, fiscal offences law, commercial law, and in cases related to misdemeanour. The services include:

Preparatory proceeding is an inquiry carried out in connection with minor violations, and investigation is conducted in the case of offences of greater consequence to the society. Preparatory proceeding is of great importance for the result of the criminal trial. It is at this stage that key decisions are taken with respect to the suspect, e.g. related to temporary detention or use of other precautionary measures. At this point most of the related evidence is collected, to be later used as the basis for adjudication. Due to this defence lawyer plays an important role; in other words the earlier a defence lawyer enters the case the better for the Client because it is possible to avoid mistakes which cannot be repaired later. Examples of this include acknowledgement of guilt, presentation of unfavourable explanations, failure to file motion to present evidence, e.g. failure to call witnesses.

A good defence lawyer will provide a suspect with legal suggestions and will determine the line of defence, which in the future may prove effective. Good contacts between Client, defence lawyer and law enforcement authorities may result in significant advantages, such as the possibility that Prosecutor’s office will file a request for conditional discontinuation of penal proceedings rather than a bill of indictment; this way the offender is not convicted but receives a chance to avoid penal sanctions, and his/her data are not listed in the criminal register.

RESLEGAL also draws up requests for change of precautionary measures, e.g. from temporary detention to non-custodial measures, such as bail, ban on leaving the country or Police supervision. This way the suspect can leave detention facility and wait for the results of the penal proceedings.

Once a bill of indictment is filed in the Court, the suspect receives the status of defendant. An experienced and effective lawyer will know how to handle all the procedures. The role of defence lawyer in criminal cases is extremely important because even if the defendant’s guilt is unquestionable, it is always possible to aim for reduced sentence, or to reach a settlement with the victim, or to negotiate conditions of voluntary submission to penalty. Lawyer’s expertise and experience are frequently of key importance in proving that Client is not guilty.

Moreover, a competent lawyer can identify any errors of the Court and use them during appeal, which may lead to a change of sentence favourable for the defendant. Our lawyers also have experience in filing cassation appeals to the Supreme Court of Justice, applications to the Commissioner for Civil Rights Protection and in using other extraordinary measures which give a chance for favourable adjudication.

Defence lawyer in criminal cases does not only represent suspects and defendants but also provides support to those affected by offences, e.g. victims of assaults, road traffic accidents as well as fraud. Activities conducted by our lawyers in this case aim at providing support to enforcement authorities in course of the related operations, for instance by filing motion to present evidence, and examining activities undertaken by Police and Prosecutor’s Office. Support of defence lawyer in criminal proceedings may lead to notable benefits, for instance as a result of claiming damages or compensation from the offender, with no need to initiate separate action under civil law and incur further costs.

Additionally, the Law Firm prepares private and subsidiary indictments in the cases where Prosecutor’s Office has refused to initiate action against a perpetrator or in situations where according to the law the victims themselves are to assert their rights – for instance in cases involving physical violence, defamation, or insult.

Even those with valid and effective sentence for the committed offence may receive support from a good lawyer. RESLEGAL has experience in preparing motions for postponement of penalty, requests for prison furlough and in representing Clients seeking conditional early release.

Our lawyers have effectively represented Clients in cases related to application of electronic supervision of convicts sentenced to imprisonment. This way the person may serve the sentence at the place of his/her residence, and can obtain permit to work or continue education at school/university. As a result they can avoid negative consequences of isolation in prison and the related social stigma.